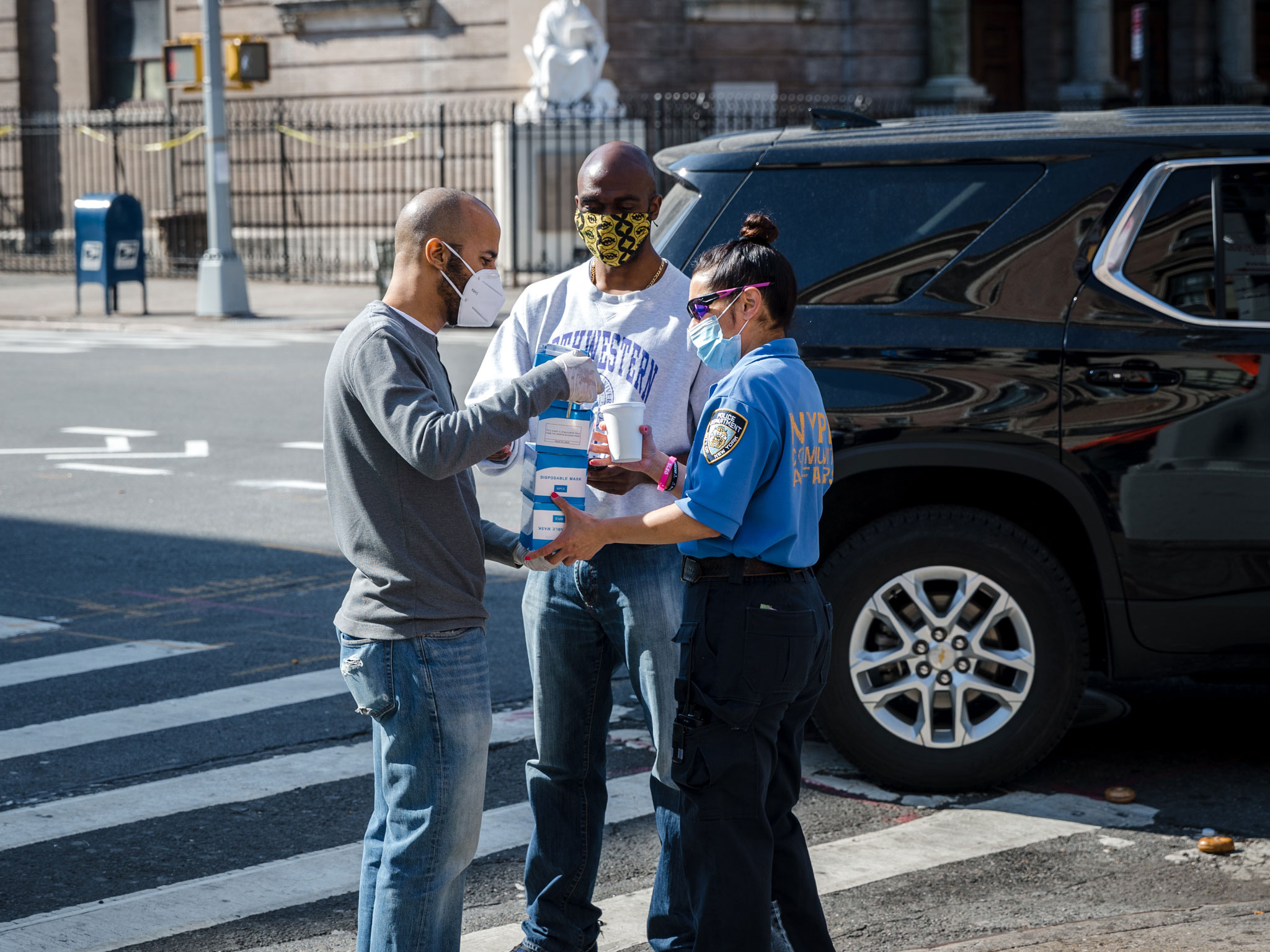 Three years ago, Derrick Lewis had an idea. What if the nonprofit organizations in the Bronx worked together, to amplify the sum of their parts, and, in conjunction with small businesses and elected officials, moved towards a common goal?

Work to implement this public-private partnership concept by creating a Bronx community foundation was underway when COVID-19 began taking its toll in late February.

Lewis quickly mobilized those who had supported the partnership idea and together they created the Bronx Community Relief Effort, to provide immediate assistance to residents and small business owners.

Those participating in the coalition include business owners like Bronx Drafthouse owner Junior Martinez and Beatstro owner Alfredo Angueira, plus elected officials like Borough President Ruben Diaz, Jr. and Assembly members Michael Blake and Nathalia Fernandez, along with philanthropists, and a host of Bronx nonprofits.

“What we’re doing now, we believe that nobody is doing anywhere else in the country, the way we’re collaborating and we’re working together to provide the resources to the Bronx,” said Lewis.  The Bronx relief effort officially launched on April 13.

The immediate intent is to raise $10 million, a modest figure that Lewis felt was attainable, given the urgency of the matter.  The fund has raised about $4 million so far, largely from donations through its website, TheBronx.org, as well as email and social media.

“It’s conventional fundraising by reaching out to organizations and high net worth individuals,” added Lewis.

The money is already being put to use, feeding 20,000 per day, distributing over 600 Chromebooks to students who are distance learning, and distributing “microgrants” to people in need, including CUNY students.

Among the fund’s other goals is to raise $1.5 million for small business relief, in partnership with the Third Avenue BID and Spring Bank; to distribute grants of $5,000 to $25,000 to individuals and businesses in need, and to raise $1 million to purchase personal protective equipment for healthcare workers treating COVID-19 patients.

Lewis, 37, grew up in the Morris Heights section of the Bronx. Coming of age in the Bronx of the early ‘80s instilled in him a desire to improve his surroundings.

He considers himself a “product of philanthropy,” having grown up in nonprofit programs like the Boys Club of New York, which he credits with helping him attend private school.

Lewis is a first-generation college student, and eventually earned a degree from the Carroll School of Management at Boston College.

He is now a senior manager at Ernst & Young and senior advisor to NY State Assembly member Michael Blake.

Lewis’ efforts have already drawn praise from the private and public sectors.

“The Bronx Community Relief Effort provides immediate assistance to our borough in its greatest moment of need, while laying the foundation to build stronger and more resilient communities moving forward,” said State Senator Alessandra Biaggi. “I have deep gratitude for Derrick Lewis’ swift leadership, in partnership with my colleague, Assembly Member Michael Blake, and am proud to support this initiative.”

Michael Brady, CEO of the Third Avenue Business Improvement District and a member of the coalition, said the fund would be a big help. “The Bronx Community Relief Effort seeks to fill the gaps that exist on a very local level in our Bronx community, most notably would be food insecurity, education and technology and small business relief,” said

While the relief effort is helping the borough deal with the most immediate concerns, Lewis is already looking towards the “post-COVID Bronx.” He sees the potential to move beyond where the borough was before the restaurants and stores closed.

His vision for the Bronx includes ending food insecurity, increasing homeownership and seeing the borough cease to be a “digital desert,” with every household having access to the internet.