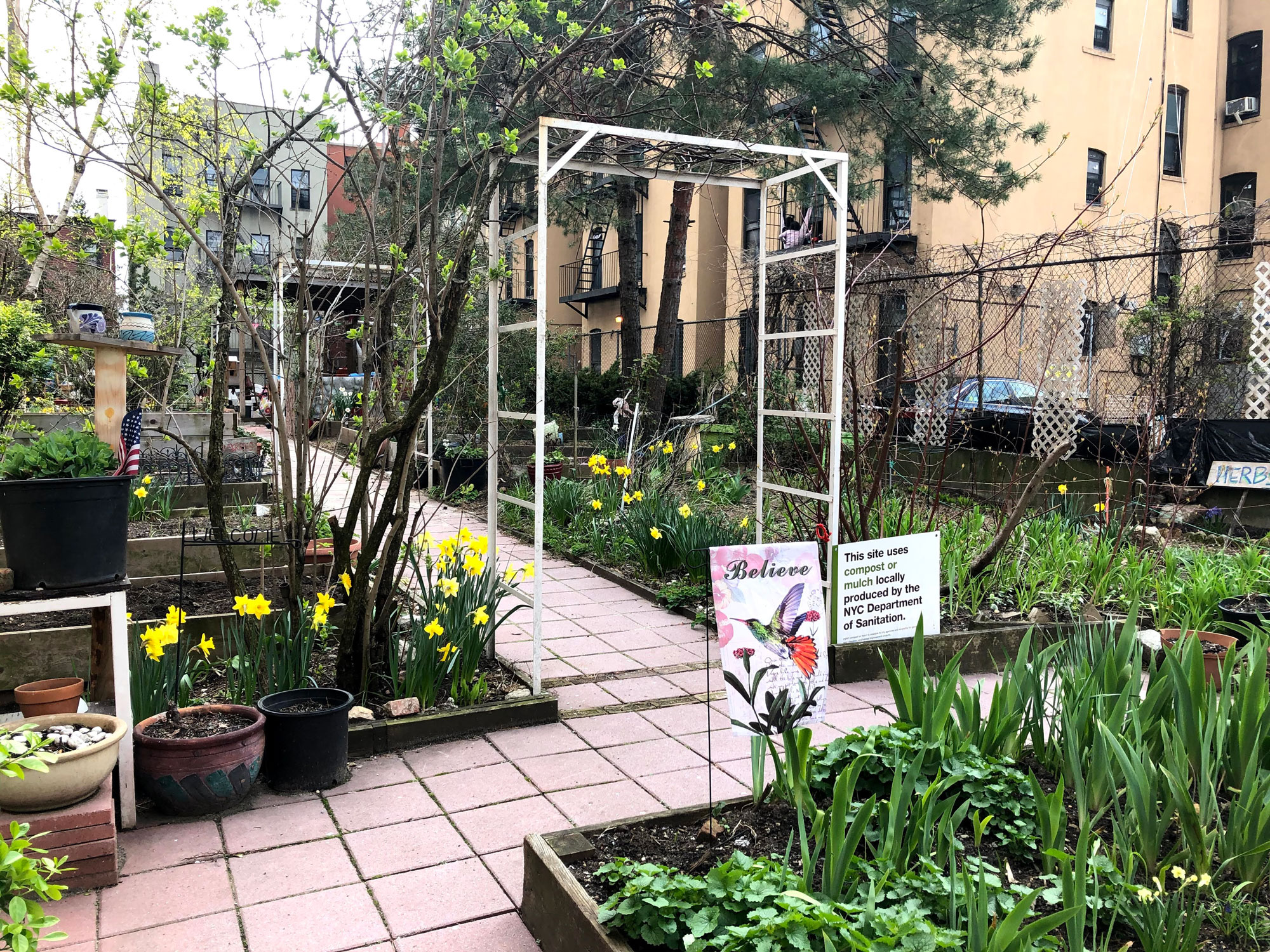 The coronavirus didn’t compel him to help the community — he’s been doing that all his life.

Marty Rogers, 65, is a proud Bronx native who has lived all of his life in Melrose. He’s spent the majority of his life working at non-profits helping the mentally disabled. But after retiring, he realized that there was so much for him to do — so he does a little of everything.

From helping with the food pantry at the Immaculate Conception Church on E 150th Street to working with the Bronx Documentary Center on community outreach, Rogers is always ready to help someone in need.

“He’s like a one-man army,” said Mike Kamber, the founder and executive director of the Bronx Documentary Center. “I don’t know how he does all of it.”

But where most of Rogers’ time is devoted to is the beloved Neighborhood Advisory Community Garden on 360 E 151st Street.  He spends at least four hours a day there, tending to plants and making conversation with anyone who comes by while following proper social distancing rules.

“The people here are in a very dire situation,” said Rogers. “They’re yearning to feel connected to one another.”

And the garden, he said, is the ideal place.

Before the virus, Rogers and other members of the garden hosted barbecues, block parties, Easter egg hunts, and educational workshops. Now, residents can still come by — with their masks on — and plant their own food or enjoy the time outside instead of being cooped up in their apartments.

They can count on Rogers being there, always willing to lend a helping hand.

“People like Marty are vital to the community,” said Sophia Medina, 32, another Melrose resident who has been growing plants in the garden for over four years.  “He welcomes everyone who comes through and knows all their names.”

The garden has made Medina’s time in quarantine much more manageable, as she is able to let her 18-month-old son, Leandro, outside. She said that Rogers has been extremely accomodating, taking all the necessary safety precautions while also ensuring that the residents are getting the interactions that they’re striving for.

Despite maintaining social distancing and wearing protective gear, Rogers is still very aware of the risk that he is putting himself through while he delivers food and works in the garden. However, he refuses to let those fears deter him from doing the work that he loves so much.

That doesn’t stop his family from worrying.

“My kids are the COVID police,” he joked, discussing his three children: Joseph, 37, and his twins Paul and Maria, 35. He says they would prefer it if he stayed home, but he just can’t bring himself to do that.

“Everyone that comes through the garden is like family,” he said. “The space is a safe haven for those who want to get their minds off what’s going on.”

Rogers hopes the work that he does will inspire others to reach out to their neighbors when they normally wouldn’t, especially when COVID passes and people are able to go back to work.

And when that day comes, Rogers will be ready.

“I know we’re gonna get back on the block once this is over,” he said. “We’re gonna have a barbecue like you’ve never seen before.”