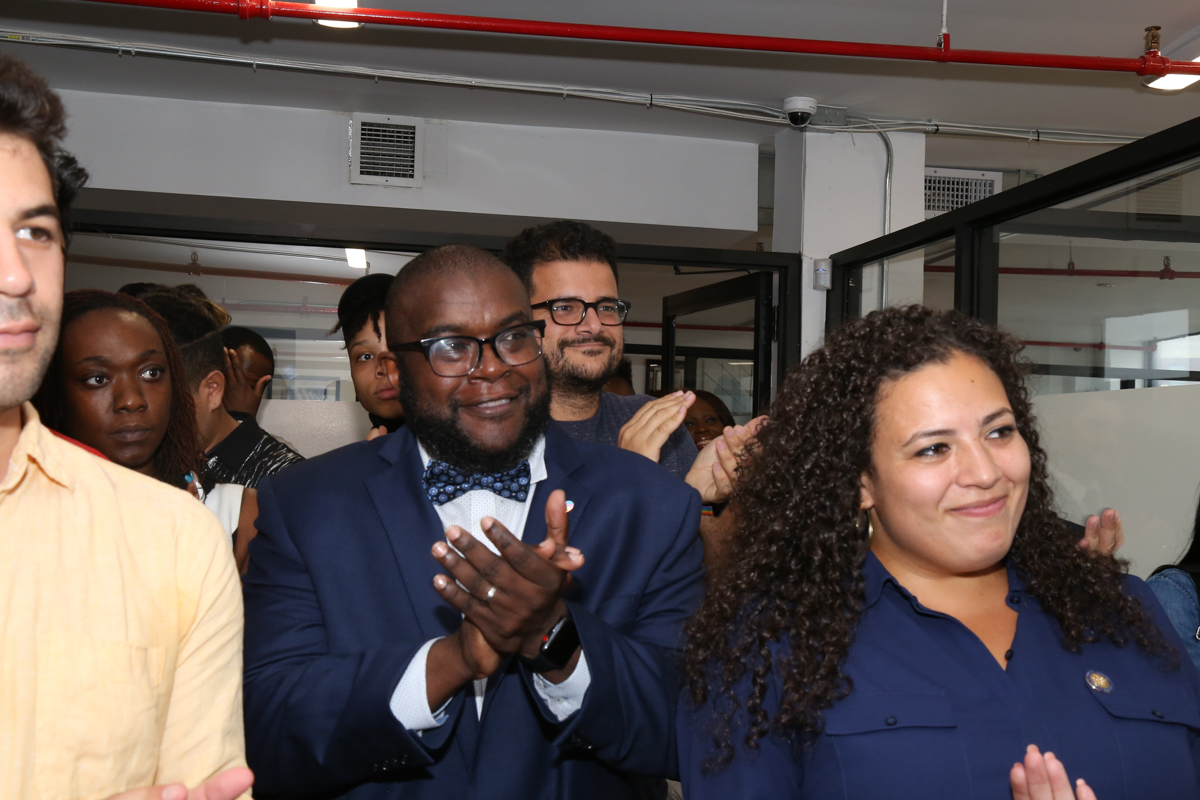 Since the beginning of the novel Coronavirus pandemic, Sean Coleman has been terrified about losing cell phone service.

Unlike many in the South Bronx, however, Coleman isn’t worried about his own cell phone being shut off. Instead, he’s laser-focused on his low-income clients, often wage and sex workers, who must work through the pandemic and need access to basic services like a phone.

As executive director of Destination Tomorrow, one of the only LGBT-resource centers in the South Bronx, Coleman has been fighting an uphill battle since the pandemic began.

Relying on a combination of corporate sponsorship and private donations, Destination Tomorrow operates on a shoestring annual budget of around $305,000 according to the most recently available tax filings in 2016.

Much of that money goes toward filling gaps in programming to make up where government policy is ineffective, like housing services, which is often not designed with queer New Yorkers in mind.

Homelessness, particularly among youth, is a particular problem for Coleman.

Comprising upwards of 40% of all youth homelessness, young queer people frequently find themselves living on the street at disproportionate rates according to Coleman, and the city’s sex-segregated shelter system can often prove to be both confusing and dangerous for them.

“They’re finding us through calling us, emails, and seeing us in Zoom calls,” Coleman said. “They are just really not clear on the COVID symptoms and their ability to take care of themselves has been taking a backseat to paying their bills.”

Coleman has devoted his life to this work.

For over a decade and a half he has been working in the South Bronx serving the LGBT community, but it was in 2009 that he decided to venture out and start his own project.

Starting off as an AIDS activist and advocate, Coleman has worked for a bevy of LGBT-specific community organizations. It was his time at Bronx Pride Center where Coleman would solidify his vision for inclusive space for LGBT New Yorkers, particularly LGBT people of color.

Kenny Agosto, the deputy chief of staff to State Sen. Jamaal Bailey, recalls the great lengths Coleman had to go to in order to achieve his dream.

“Sean drained his own 401K to make it happen, he would do whatever he had to in order to create Destination Tomorrow,” Agosto recalls. “Everything he’s done, he’s had to fight to get.”

Steve Garibell, a vice president at TD Bank and head of their Business development for LGBT initiatives, worked with Coleman to create programs that provide a sense of financial independence and fosters entrepreneurship in their community.

“The financial literary programs provide an opportunity to build wealth in their community, and it’s been a very successful program,” said Garibell. “We’ll be starting another program on topics like how to buy a home and building blocks for a solid financial future.”

Garibell said he’s been incredibly impressed with the direction Coleman has taken LGBT outreach in the South Bronx.

Advocates who work with Coleman say the need for organizations like Destination Tomorrow is more necessary than ever, particularly during the pandemic.

“There’s still this fear of folks not knowing that people are people, and I think that Sean has pushed the envelope to itemize what are the challenges in those communities,” said Socrates Caba, an LGBT policy expert who has worked with Coleman for over a decade.

Caba says that after the AIDS epidemic, in particular, advocates like Coleman were motivated to action after government and social services failed to address the crisis in communities of color.

The South Bronx had some of the highest rates of AIDS infections than anywhere in the world, according to the New York Times.

Now, Coleman uses his expertise to provide specially tailored services to communities still being impacted by LGBT and AIDS discrimination, such as sex workers. Destination Tomorrow helps connect them with housing services, particularly if they are homeless or at risk of losing their homes, which is especially critical now.

Coleman wishes more elected officials would pay more attention to the specific needs of the LGBT community during this pandemic, particularly those who are ineligible for financial relief from the government.

“There are a lot of people who are not even eligible for government benefits. I think about undocumented trans sex workers in particular who will not be receiving a check. They need help, too, and they’re not getting it.”