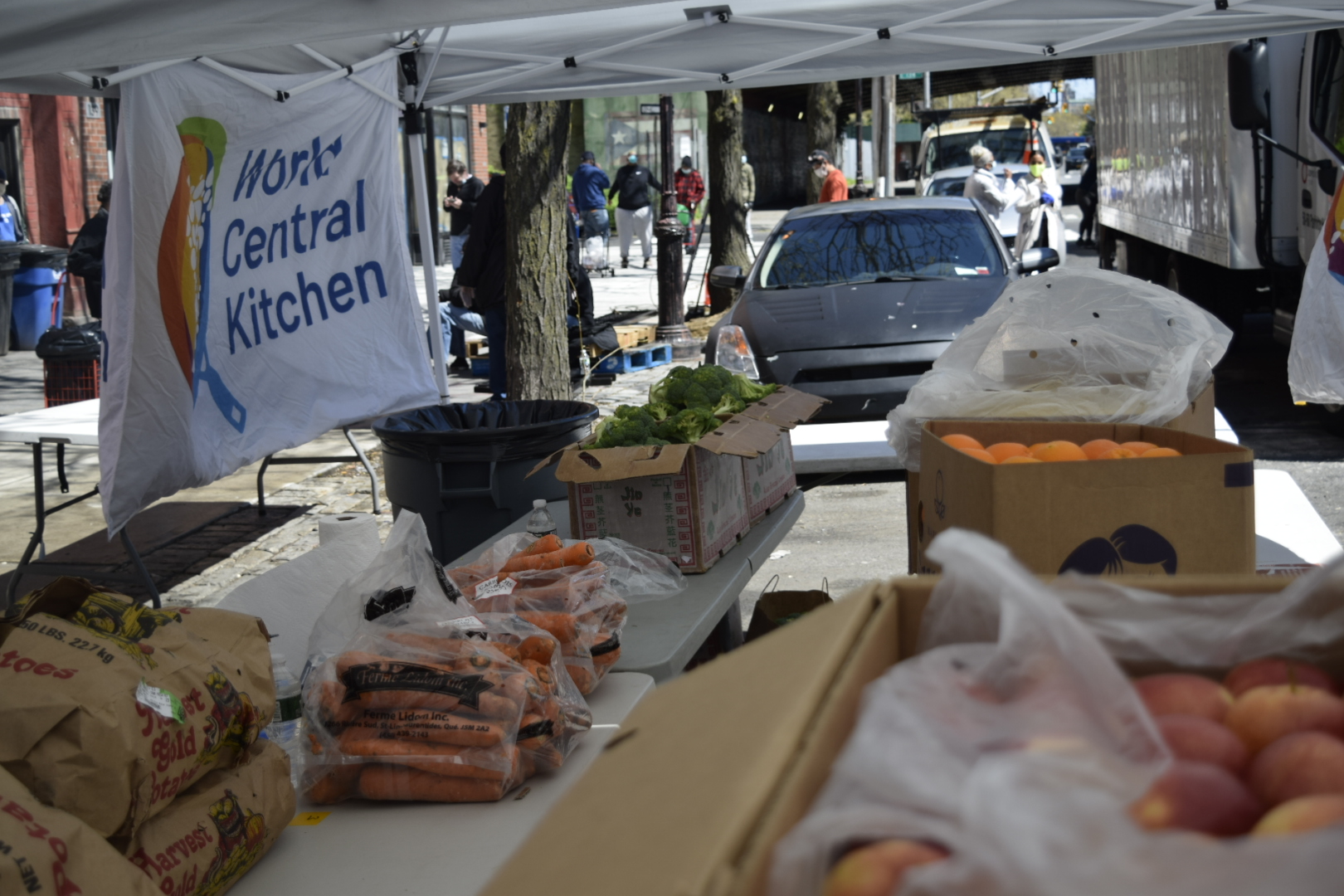 When NYC restaurants were ordered to close in March, Alfredo Angueira’s Bronx restaurants had excess food which he decided to donate to first responders. Since then, his businesses have helped provide roughly 4,000 meals to hungry Bronxites.

When the extra food ran out, he started a GoFundMe campaign through which people could sponsor meals for first responders at $10 a pop. Policemen, firefighters and paramedics are some of the professions included in that group.

By feeding a huge community during the COVID-19 pandemic, Angueira, 43, has been able to keep his three restaurants alive – Beatstro, Bricks & Hope and Bronx Drafthouse.

The Third Avenue Business Improvement District bought 50 meals while organizations that have sponsored meals are Meals 4 Heroes and Here to Here. Angueira stressed that providing and delivering these first responder meals is a group effort.

“Many hands make for light work,” he said.

Depending on the daily special, meals can range from pasta to hamburgers.

In a meeting with Assembly Member Michael Blake and World Central Kitchen Chef José Andrés, Angueira offered up his restaurants to be a distribution site for more community meals on the condition that his staff be employed is the organization. WCK is also purchasing meals from Beatstro through its restaurant program, according to WCK employee Felix Carver.

Community meals are given out daily at Angueira’s restaurants Beatstro and Bronx Drafthouse, located at 135 Alexander Ave. and 884 Gerard Ave., respectively.

As a supplement to these community meals, there is also a farmers market every Tuesday outside of Beatstro, in which World Central Kitchen provides a bag of produce for community members, and Angueira’s staff handles the logistics.

There are many reasons why Angueira emphasized a need for healthy, free produce.  The South Bronx lies within the 15th congressional district, the poorest in the United States. Residents are getting laid off in this already economically depressed neighborhood and the Bronx is repeatedly ranked the least healthy borough in New York.

The South Bronx is suffering in many ways, but Blake said he chose to help with the farmers market and the meal distribution project because one meal can temporarily relieve stress. “No one should ever be hungry,” he said. “You also have one less expense that you have to worry about throughout the day.”

Although Angueira’s restaurants aren’t making a profit, he is grateful that his restaurants’ doors are still open. “If as a business, especially as a restaurant, if you’re able to come out of this entire crisis at a zero net, then that’s a win,” he said.

Angueira credits his upbringing on why he chooses to give back. He has a strong sense of empathy because his family came from humble means.

“My family had to struggle for many years. I think that is more of a drive to want to help and give back,” he said.

Naomi Vazquez, 25, admires how Angueira has helped the community. As an employee of Beatstro and Bricks & Hops, Vazquez has seen him and his business partner, Junior Martinez, in action.

“[They’re] waking up every morning, making sure everything is ok with the business so we can provide the people with what they need,” she said.

Even before COVID-19, Angueira was always willing to lend a helping hand or check in on his employees. “At the restaurant, if he needs to step in and help the employees, he will. He’s always asking ‘how are we feeling, how are we doing?’” she said.

Vasquez is one of 65 employees Angueira oversees. Keeping them and their families fed is one of many stressors that goes into reinventing a business in the midst of COVID-19.

Angueira’s business is no stranger to helping the community, as he and his business partner’s families come from humble means. Examples of their volunteer efforts include turkey and toy giveaways during Thanksgiving and Christmas.

Even though COVID-19 has disproportionately affected the Bronx, Angueira said there’s still a camaraderie among business owners. “If you look at what’s happening now, if you look at the business, everybody is unified in their strength to work together,” he said. “I don’t know any place else that’s like it.”