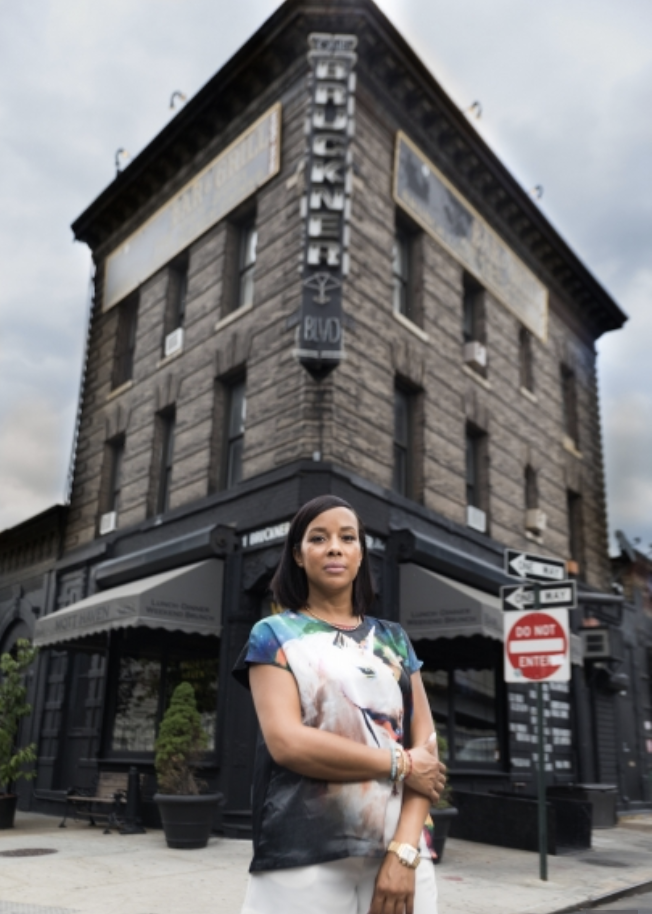 While restaurants across the Bronx are closed due to COVID-19, Rosa Garcia, owner of the Mott Haven Bar, has a team of people helping her prepare over 400 free meals daily that get delivered to NYPD officers, NYCHA residents, NYPD firefighters and CUNY students.

“It’s been really fulfilling to help during this time, and give back to the Bronx.”

The restaurant was doing well until the coronavirus literally put New York City on pause. At first, Garcia tried to adapt, but it was unsuccessful.

“I tried to make deliveries, and it just didn’t make sense, and then I was completely shut down for two weeks.”

Then she got an unexpected call from Chefs of America, a non-profit organization that has been devoted to providing meals in the wake of natural disasters for over a decade.

She decided that although the doors would not be open for business, her business would be open to help the community. With the help of other chefs, her staff and her family, Garcia was able to turn her restaurant into a food distribution center.

“Before we arrive each day, a team comes and disinfects and does deep cleaning. We also have our temperatures checked daily, and all wear masks and gloves daily, and change them frequently. I have to make sure that we all are safe so that we can go home to our families,” says the mother of two.

Garcia has been the restaurant’s owner for over six years. The Washington Heights native had humble beginnings. Before taking over the restaurant, she worked as the manager here for the previous owner. She is the only female restaurateur in Mott Haven and that comes with challenges.

“The process of taking over the restaurant was not easy, but I believed in myself. I never hired anyone to help me, and I learned this business.”

Garcia is determined to not only save her restaurant, but also inspire other minorities in entrepreneurship.

“Growing up, I learned from my mother and grandmother to be domestic in our homes, and while I can do that as well, I also wanted more. I want women to know that we can live our dreams; we can start businesses, and succeed at them.”

The pandemic has changed her definition of success. She is following in the footsteps of celebrity chef José Andrés, who began World Central Kitchen after preparing food for Haiti during the earthquakes. Garcia has also teamed up with Here to Here, a nonprofit company operating as a food distribution center providing food to various centers in the Bronx for children and families.

Garcia has seen support in her from Chef Kwame Onwuachi, The Bronx Community Relief Effort, and The Bronx Private Investment Council.

”Daily I help out and do a little bit of everything, between prepping the food and setting up the meal containers – It’s all about teamwork,” she said. The day-to-day crush of sending off  hundreds of meals calls for her hands to be occupied in many areas of the bar.

To support Rosa and Mott Haven Bar, you can order from them online and donate to their Go Fund Me as they raise enough money to purchase the food, hire additional kitchen staff, and open expand their business hours to reach more residents for deliveries.