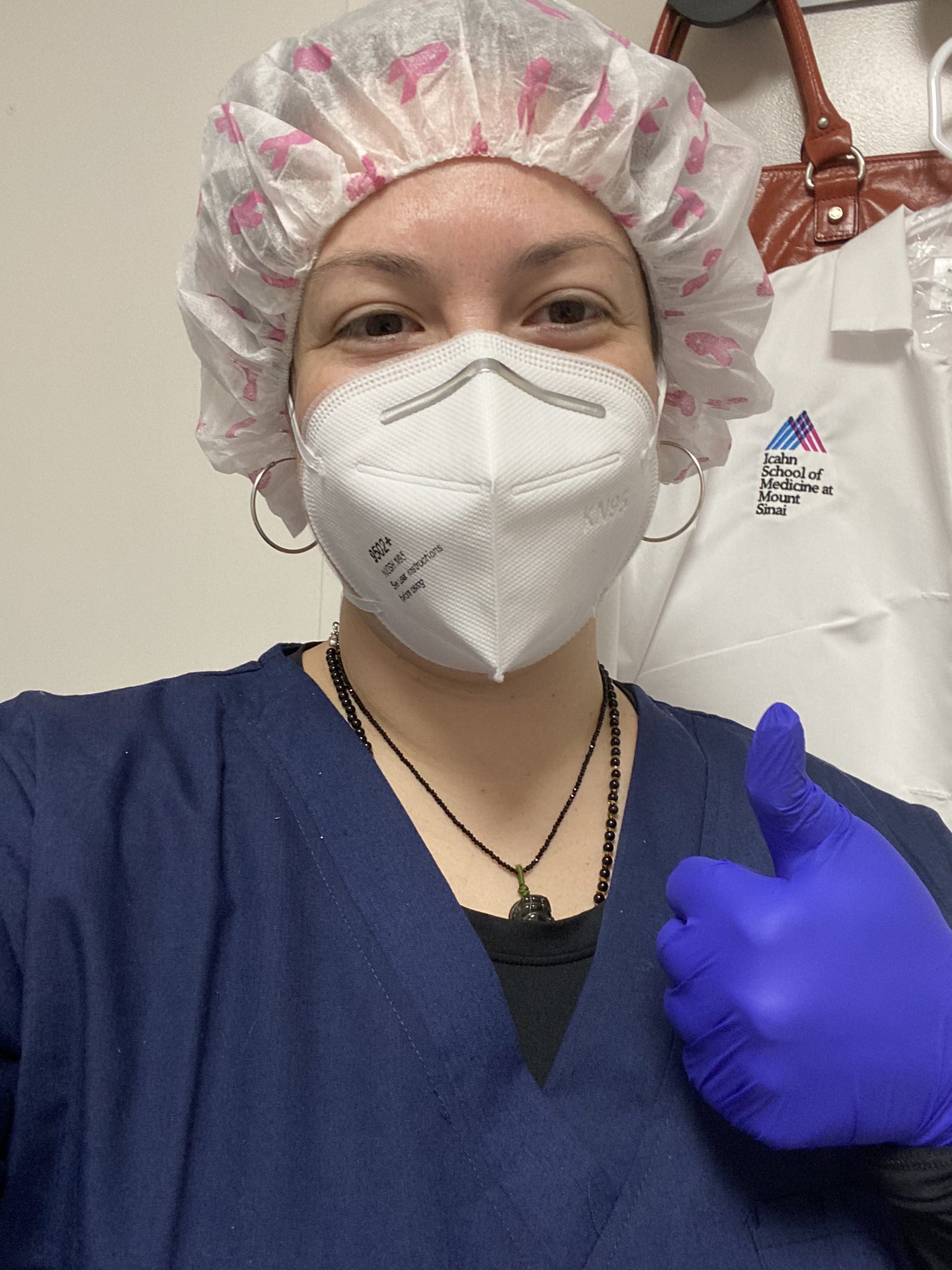 Mirelle Phillips has called her sister Ariadna “The A Train” for her entire life.

“Whenever there’s something that comes up, especially in a moment like this, she shows up in every single way she possibly can and she will move mountains to make sure that her community is served,” she said.

Ariadna Phillips volunteers with Frontline Strong Relief, a project that provides resources to frontline medical workers and was founded by her sister Mirelle. She works in the COVID-19 ward and takes late shifts, which can be difficult to fill, to ensure that the hospital’s workers are taken care of around the clock. This is just one of the causes for which Ariadna Phillips dedicates her time and effort.

Phillips identifies where there is need in situations affecting the vulnerable and charges forth with solutions. She broke through economic hardship and institutional dismissal of her character to graduate from Princeton University. Since then, it has been her mission to put a thumb on the imbalanced scales of equity. Her life experiences continuously inform how she can better help others; a benevolence that compounds in interest. The amount of hours in a day and the energy a single person has to offer are two more barriers Phillips has broken through in a lifetime of self-determined momentum.

Phillips began teaching computer science at PSMS 5 in 2012. Believing technology classes could do more, she was given the blessing of her mentor, Principal Mary Adilla, to re-write the curriculum to introduce coding to her students at a time when classes were focused on teaching programs like Microsoft Word. She continued her novel approach to computer science at The Laboratory School of Finance and Technology, or X223. When schools moved to distance learning because of coronavirus, Phillips became a go-to person when families needed help to get online.

For example, students that had a certain model of Google Chromebook reported the devices were unable to charge. Phillips and a colleague discovered the laptops needed an operating system update, a counterintuitive solution that average users would be unlikely to find. Some problems couldn’t be solved by a simple software patch.

Families who needed internet access for remote learning were recommended an offer from Optimum. The TV, phone and internet provider promised 60 days of internet free to households with a student taking classes virtually, but that didn’t extend to everyone. Optimum had a rule that addresses with outstanding bills could not take advantage of the offer. Phillips sat in on calls with families to Optimum with wait times extending to two or three hours only to be told an outstanding bill meant they couldn’t be connected. A report by the website Chalkbeat caused Mayor Bill de Blasio to excoriate the company. Optimum stated the rule would be rescinded but Phillips, and the families she helped, continued to be denied. She sent emails and took to social media to advocate for the families whose children were missing classes because of the lack of internal coordination on the part of Optimum.

“Ariadna is a force of nature,” said Sarah Benis Scheier-Dolberg, executive director of Areté Education. She described Phillips as “someone who does not wait for authorities to respond or the government to respond. She does it herself.” Phillips works as a co-administrator at the community-based organization that partners with x223 to provide educational programming. She and Areté provided internet hotspots to families that were experiencing issues with Optimum.

Most recently, Phillips started the South Bronx Mutual Aid which delivers food and supplies to families in Mott Haven and Port Morris. Currently, the mutual aid is funded by individual donations made through their website. This is the second aid organization Phillips founded this year after she helped create an emergency school in Puerto Rico in the wake of an earthquake that hit the island in January.

Phillips experienced barriers of sexism, racism and classism at a young age that set her on a path of service. She has made it her mission to support communities that experience the same. Her locomotive will has provided no small amount of good in the South Bronx and it appears there is more track ahead for the A train.